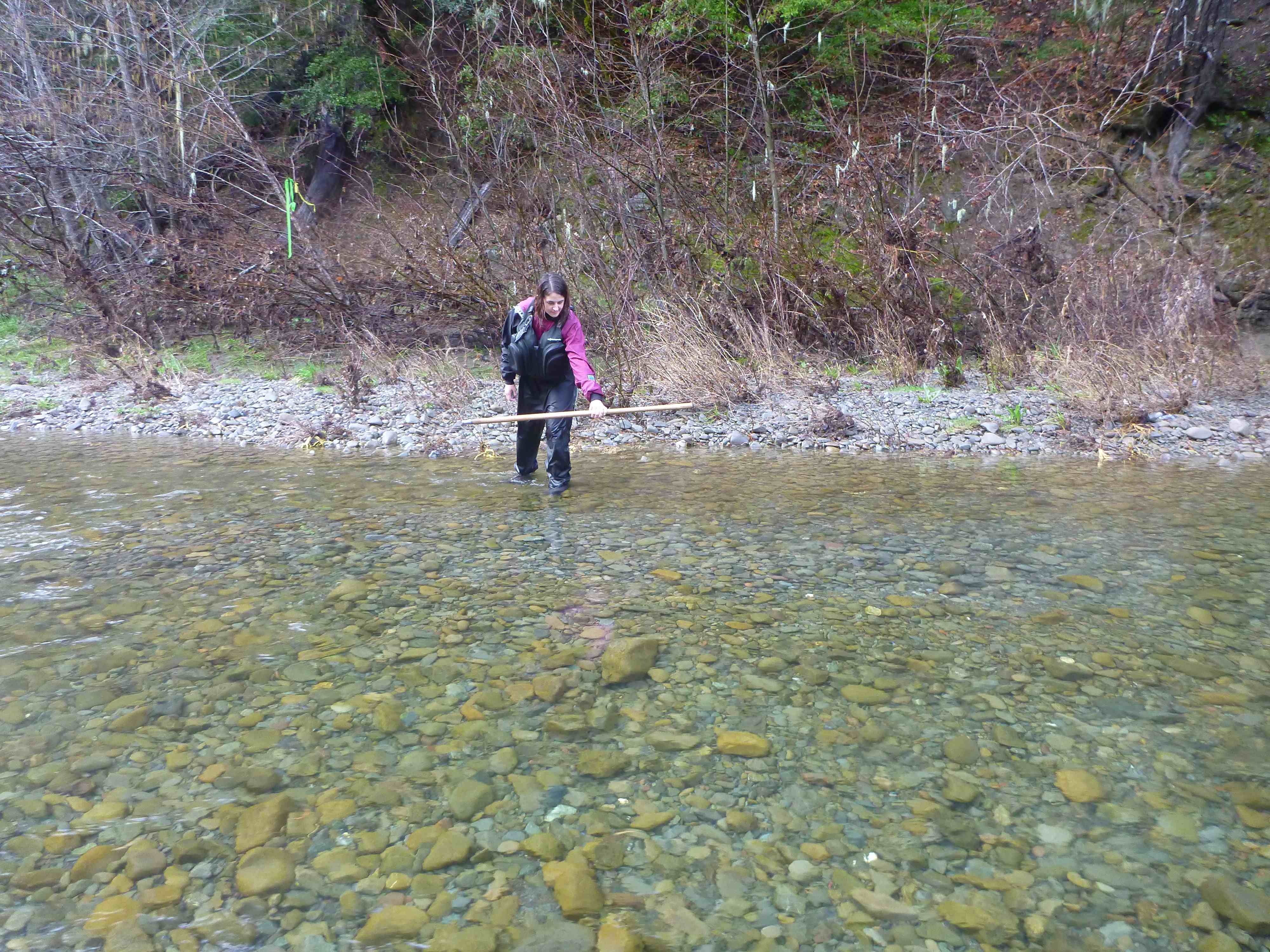 We definitely missed some chinook spawning in December due to rains, so these numbers should be taken as a minimum value.

As far as live coho go, MSG surveyors have observed has one confirmed grilse (a salmon that has returned to fresh water after a single winter at sea) male carcass and a female spawning coho in the uppermost mainstem, and another live coho slightly downstream, but also in the upper mainstem.

We’ve been seeing steelhead redds in almost every reach and we anticipate with these last rains we will be seeing a lot more.