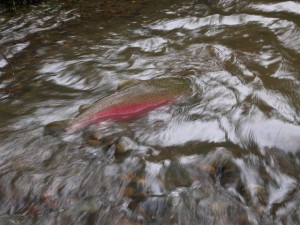 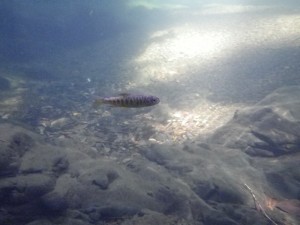 Coho salmon in the Mattole River represent the southern extent of the SONCC ESU. As such, they may be more genetically differentiated from populations nearer the center of their range, and thus contribute significantly to their respective species’ total genetic diversity and evolutionary potential (Scudder 1989; Lesica and Allendorf 1995). 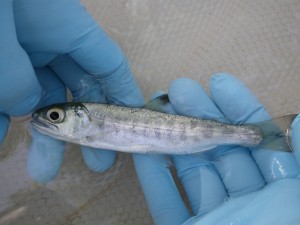 In 2014, on the basis of a modeling approach involving 58 different watershed variables, Nature Conservancy scientist Jeanette Howard and co-authors identified those watersheds most important for coho salmon survival. Further analysis showed the most promising river for successful coho supplementation in California to be the Mattole River. We, the Mattole Salmon Group, believe that is still true. In addition, genetic analysis by Carlos Garza and co-workers have found our few remaining coho to be of wild native stocks, interbred with strays from both the north and south.